Create collaborative relationships with a community of working artists that will engage your imagination, and discover opportunities to share your art locally. 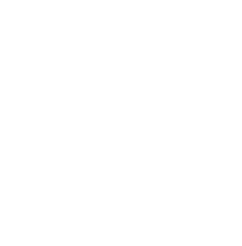 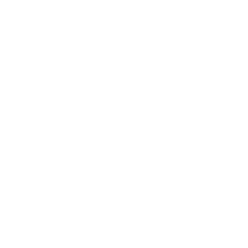 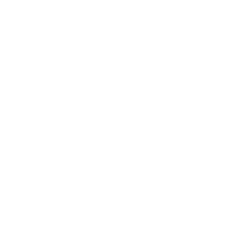 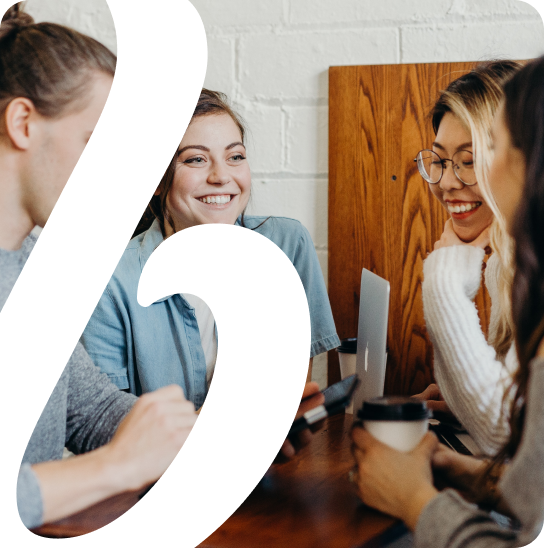 Born out of a desire to create an opportunity for artists to work and showcase their art is the Bella Bottega, the beautiful workshop. A collabotative community of artist working together to encourage and inspire each other with their artistic expression.

“We really want to help support the artists in the community and also create a community for ourselves & everyone to enjoy” – Kimber Hardick, Co-Founder

The Bella Bottega’s goal is to see local artists thriving in their expression & having a community to belong to. We love to see people creating new art, sharing ideas, and encouraging one another to inspire their communtiy with beautiful art.

Kimber Hardick is part of the ‘Out of Clay’ Studio, she is known for her unique use of paper and colored porcelain clay. Sculpting flowers is her main attraction but Lately her work has been focusing on large mezza platters. She loves the idea of helping you tell a story or commemorate a person place or event for you in a lovely mezza platter you can give as a gift or keep for yourself. You can find her work at the facebbok and instgram links below. 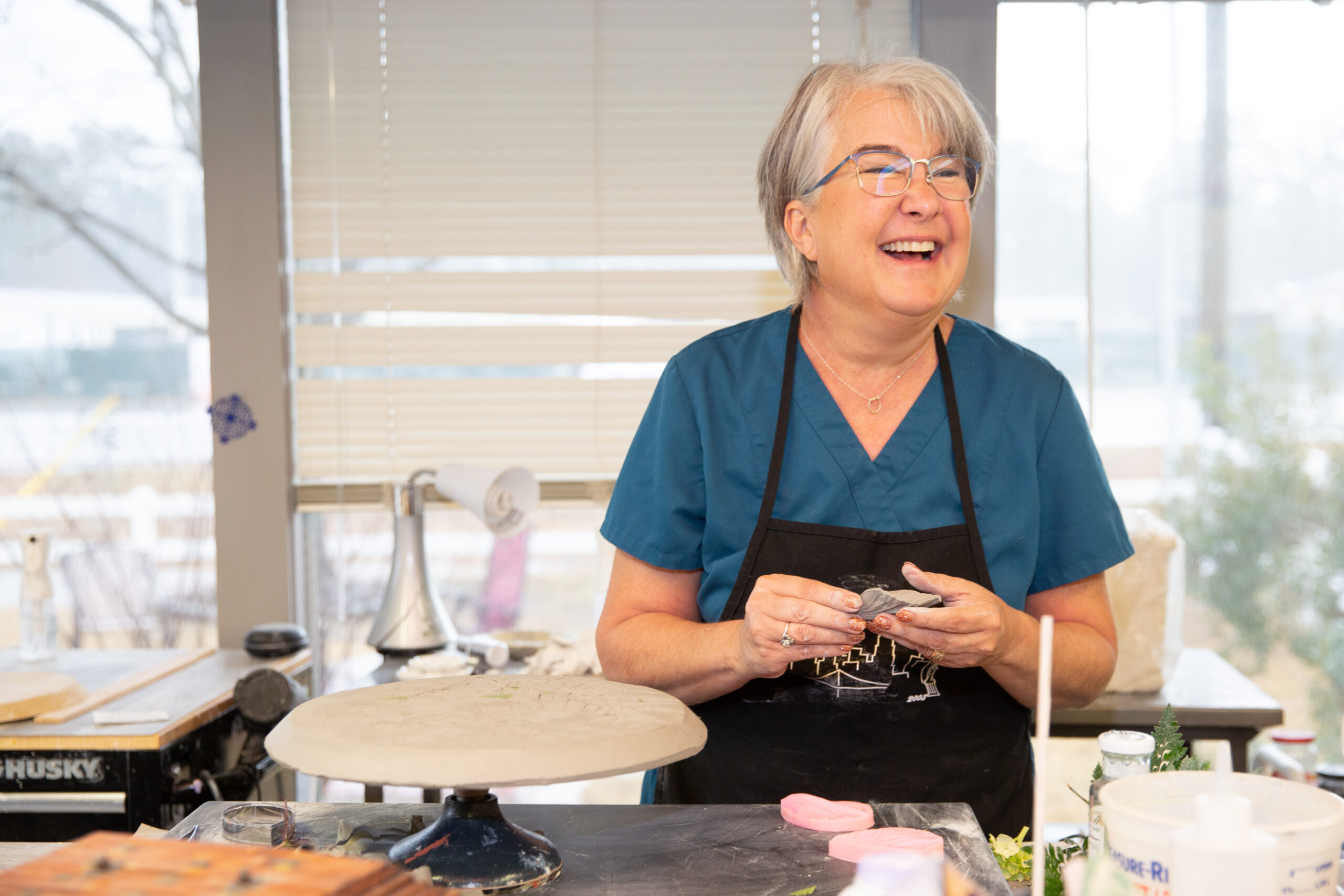 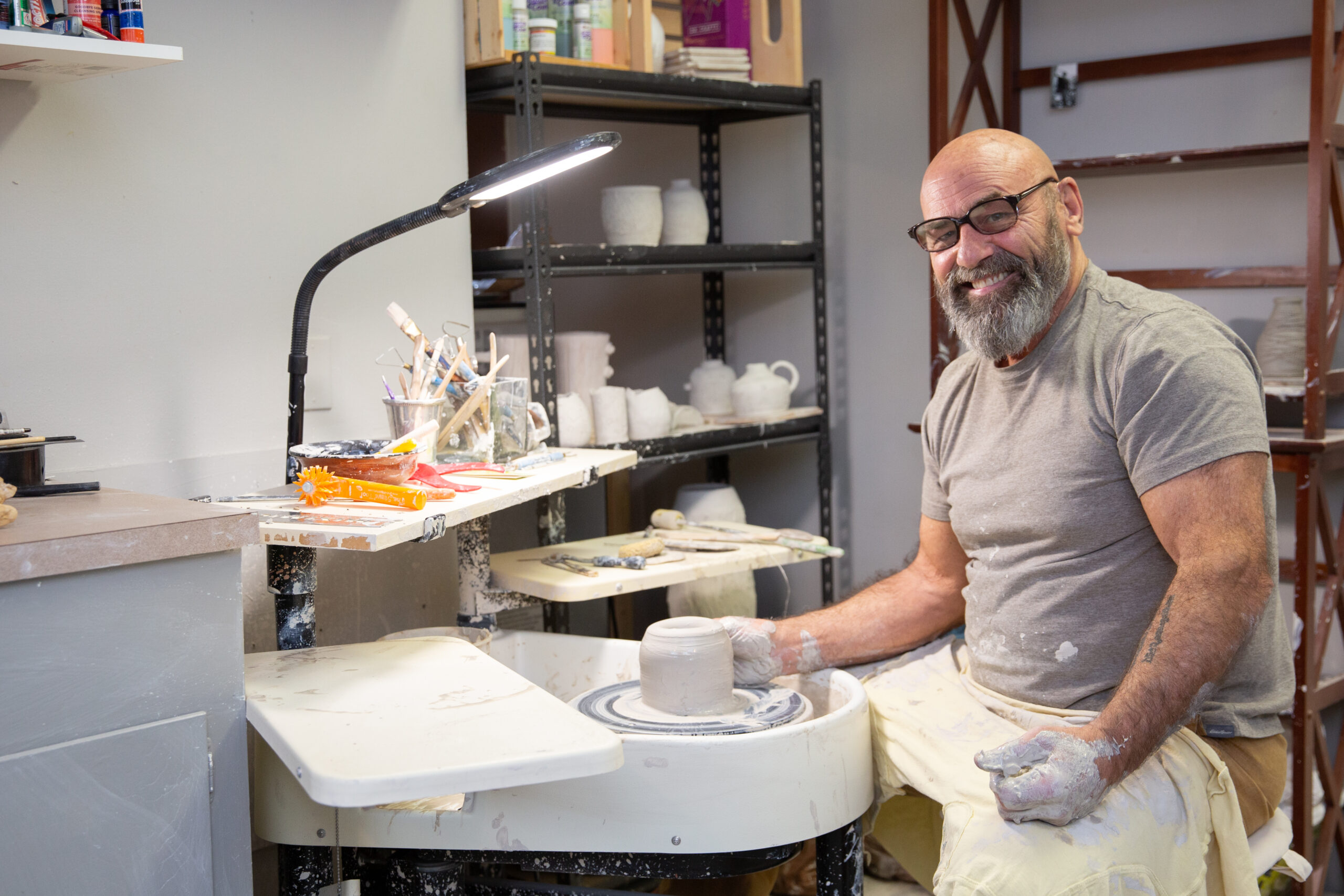 Ron Robare is also part of ‘Out of Clay’ Studio, he also uses clay as his medium of art. His approach is to marry rustic elements into his work, bringing a unique blend of beauty and masculinity into his pieces. you can see more of his work here while we get his collection set up.

Melanie Wade Leslie describes herself as “a cross-discipline artist who combines a variety of media, layering and overlapping the elements into complex surfaces that resonate with the life experience of time passage and memory.”

Using her natural affinity for color and texture, she works to reveal a spiritual dimension of human existence. By combining imagery and technique in a manner that echoes the layering of life’s histories and memories, much of her work is figurative, embodying historically iconic and metaphorically rich, expressive visions of the horse.

Her focus in this genre is not merely upon the physical specifics of individual equine characteristics, but rather upon the unique and universal attributes of legendary equus and its complex dialog with the human spirit. Further in-depth study has revealed that the human-equine connection to which Leslie refers has existed throughout human history in many varied cultures worldwide and she contemplates these narratives, mystical legends and customs in the making of her own expressions.

“I grew up with horses as companions and experienced a connection with them that has influenced my work for much of my artistic career. For me, the horse represents that bond on many different levels, which explains why a significant amount of my work includes equine imagery.”

A native Texan, Ms. Leslie holds academic degrees from Sam Houston State University (BFA – Painting) and the University of Houston (MFA – Studio Art) and has been an art educator for many years. Her printmaking work has been included in international group exhibitions including various venues in the United States, Peru, Colombia, the United Arab Emirates, Bulgaria, India, Australia, New Zealand, Sweden, Germany and England. Her mixed media work has been exhibited in juried events in Texas, Arizona, Colorado, New Jersey, New Mexico, New York and Kentucky. Additionally, she has been a popular juror for various art leagues and student art events in the greater Houston and surrounding areas of Texas. 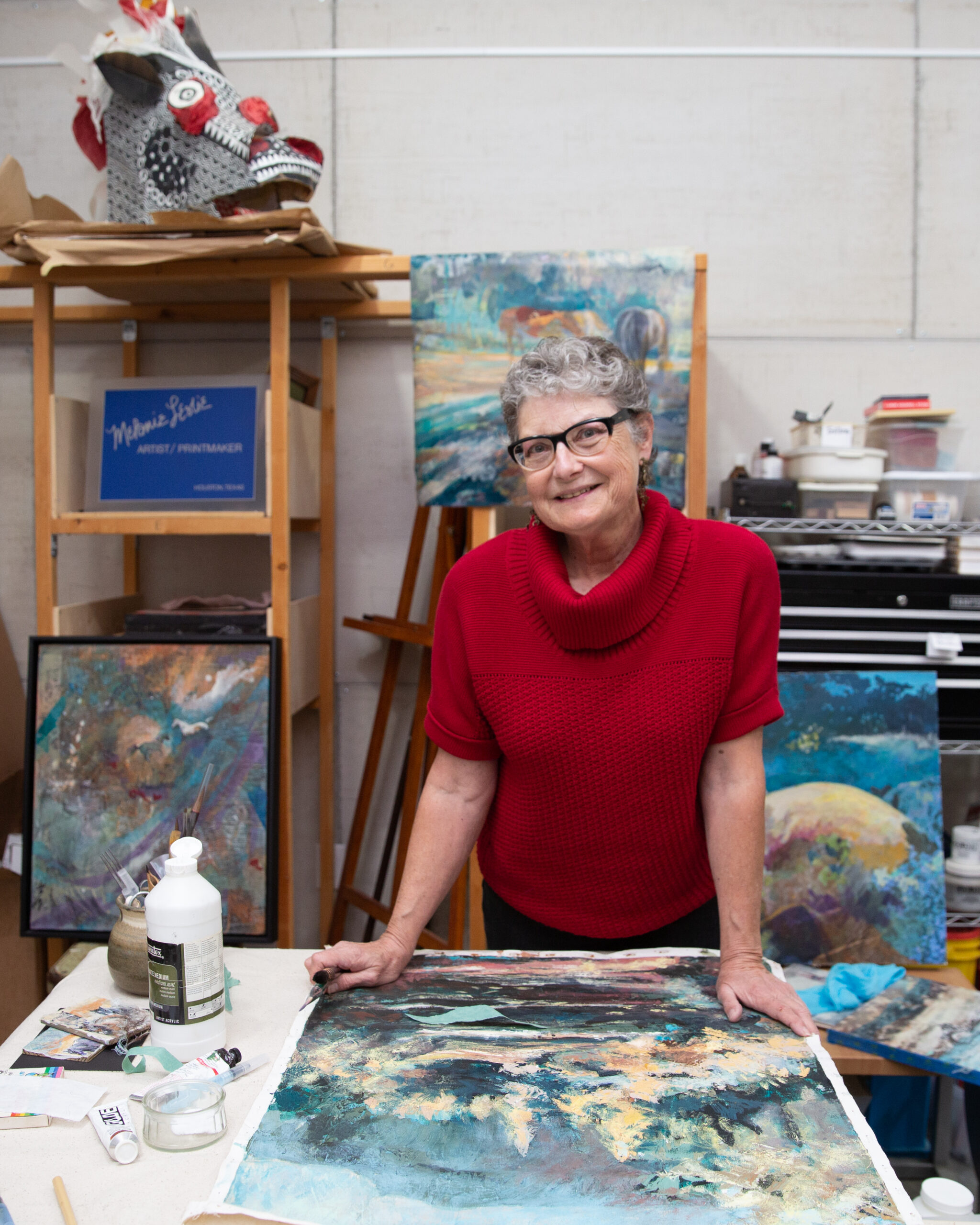 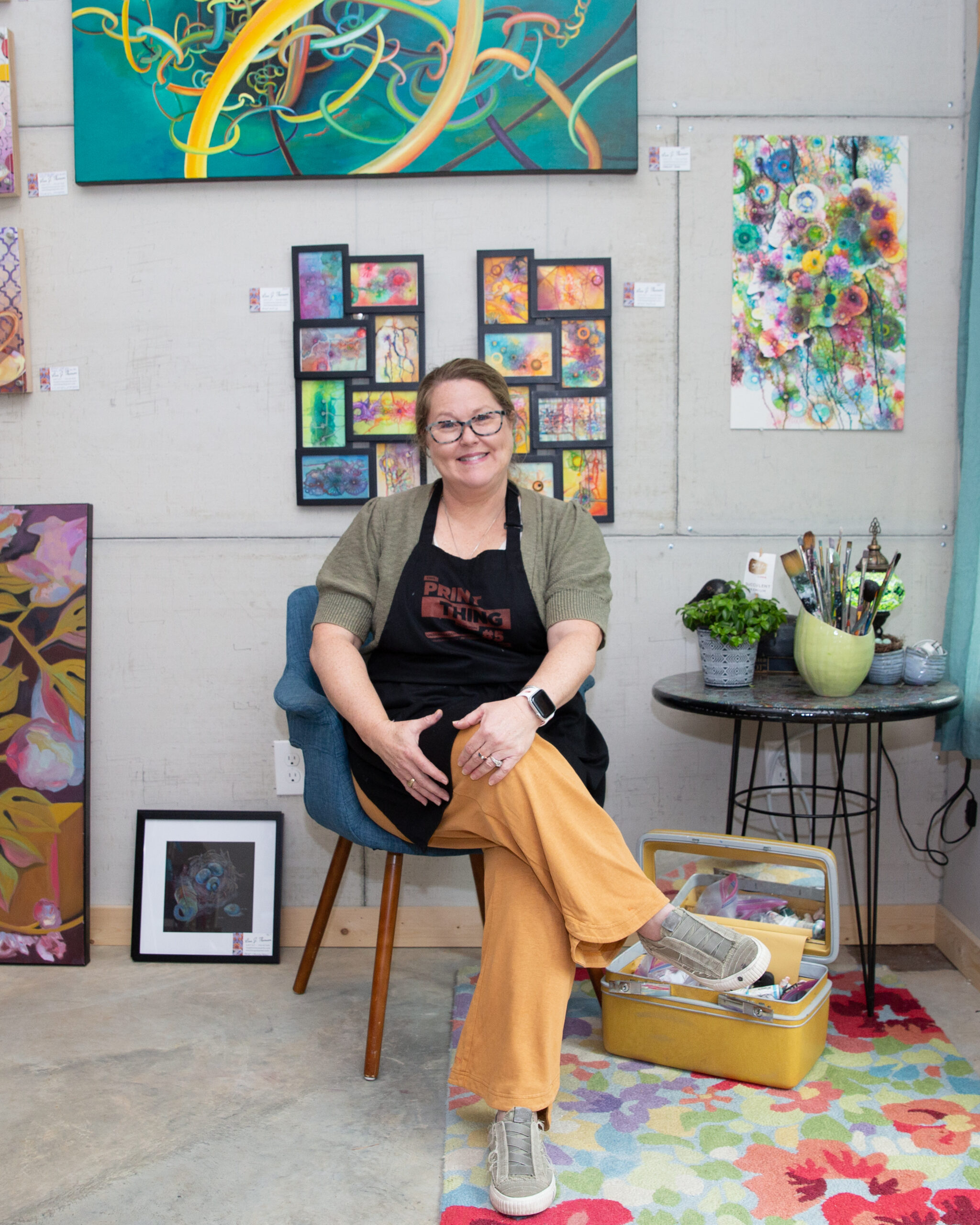 Lisa Thomson is an artist that found her way to Magnolia following years of moving as an Air Force wife and a new grandmother. She realized her dream of becoming a professional artist with a recent BFA from Louisiana Tech University preceded by Texas A&M University BSE. Lisa is specially drawn to painting in oil and acrylics with exclusive projects in mixed media, watercolor, gouche, and pastel.

Shelia is a mixed media artist who, when not working as a registered nurse, enjoys creating whimsical and nature themed paper and ceramic pieces. Outside the studio Shelia can be found gardening with her cat Mila or sitting by the pool with her husband George. 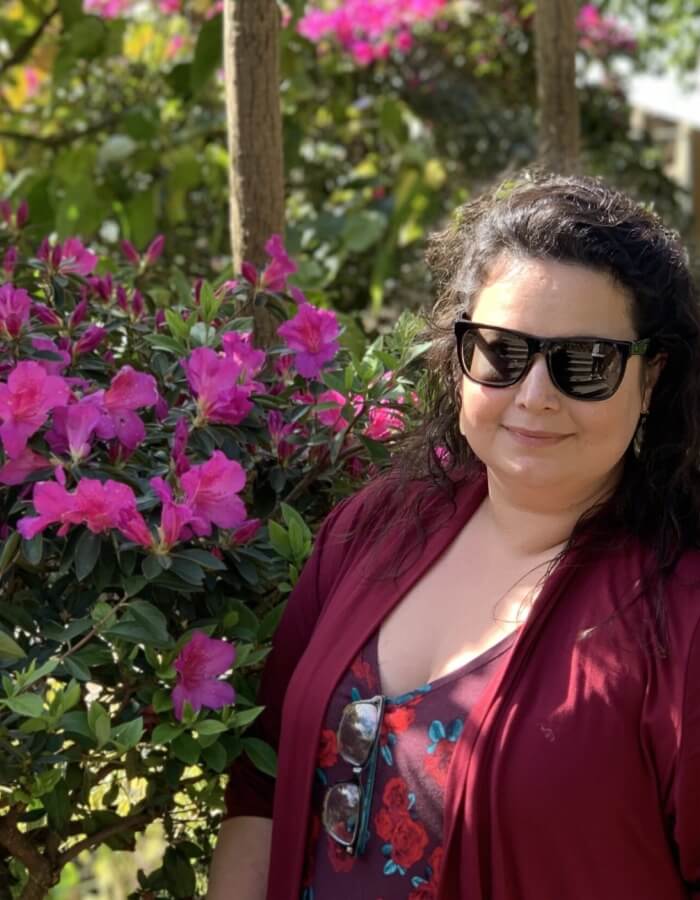 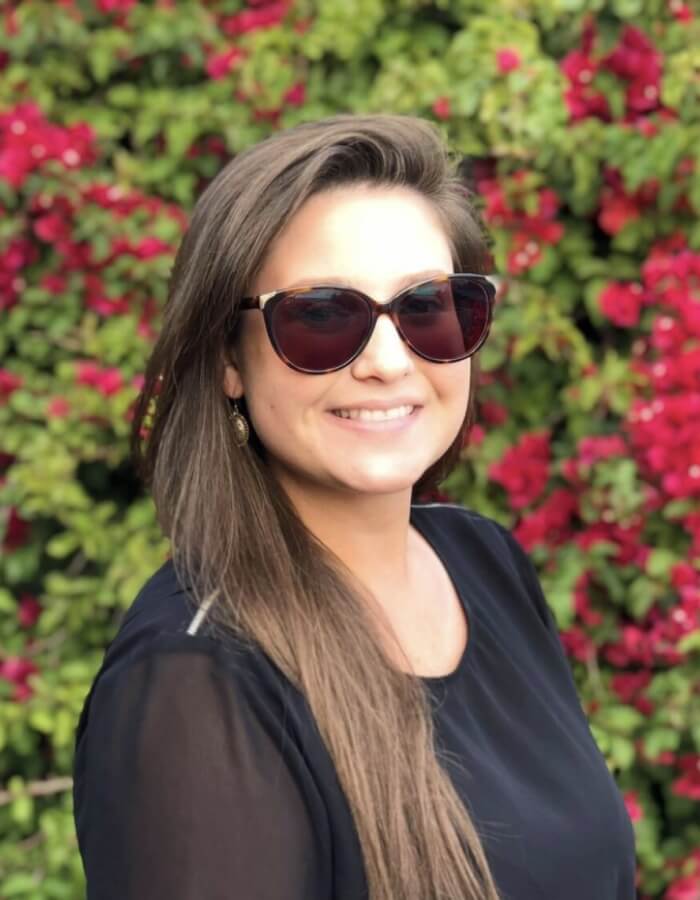 Geophysicist by day, mixed-media artist by night, Cassie’s creative style has a graceful simplicity that shows through onto her paper and ceramic pieces. When not in the studio, Cassie can be found at home with her two cats, Lady Abbey and Sir Winston or traveling with her boyfriend Brent and sister/studio mate Shelia.

Jeff Lung is a self-taught artist with keen interest in abstract figurative expression and emotion. From an early age, he has been obsessed with filling empty space with shapes and his doodle-scribbled notebooks and textbooks collected over the years document this quest. He finds great satisfaction in finding relationships among forms while also realizing sometimes it is just a case of gobbledygook. In his free time, Jeff enjoys being outdoors: running, hiking and cycling. He also loves comic books and live stand-up comedy. Born and raised in Quincy, Illinois, since leaving home at 18 years old he has lived in big cities like Madrid, Beijing, Los Angeles and Chicago. He now spends his time between central Illinois and south Texas.

For as long as I can remember I have been obsessed with filling blank spaces with shapes. I often start with a basic form and then I let my hand wander, exploring the myriad relationships within. This simple process of making connections calms me. It soothes me. It makes me feel whole and right with the world. So I do it often. The ideas that stem from this mind-body meditation create interesting images born of both the conscious and subconscious mind. In the end, my intent with these pictures is to make the viewer feel. Something. I hope they make you feel something too.

The Run Factory: Track, road or trail… slip yourself into the machine and see what it makes out of you.
Iron Lung Fitness: Dare to be your best 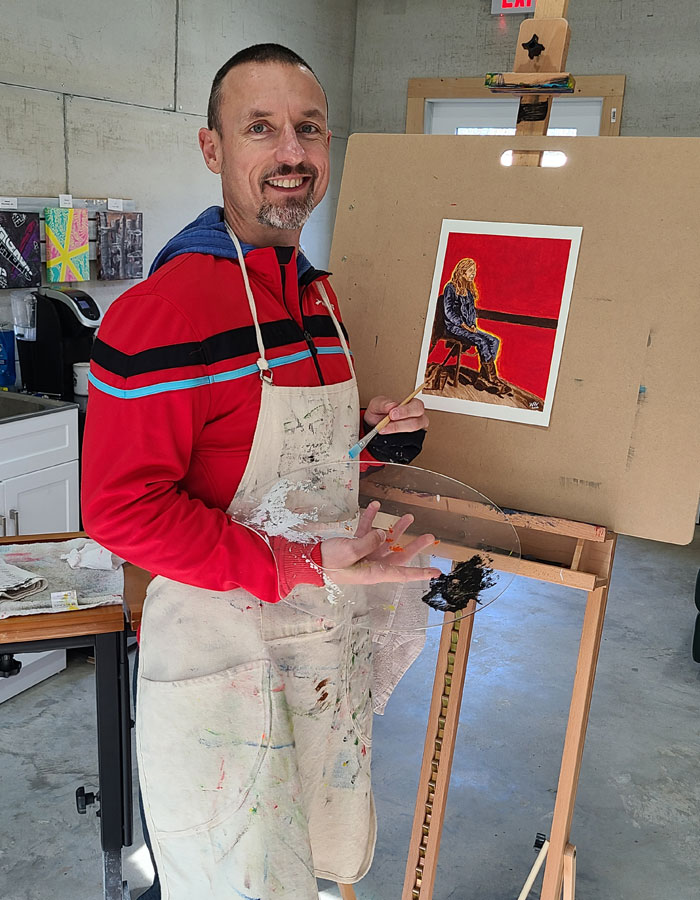 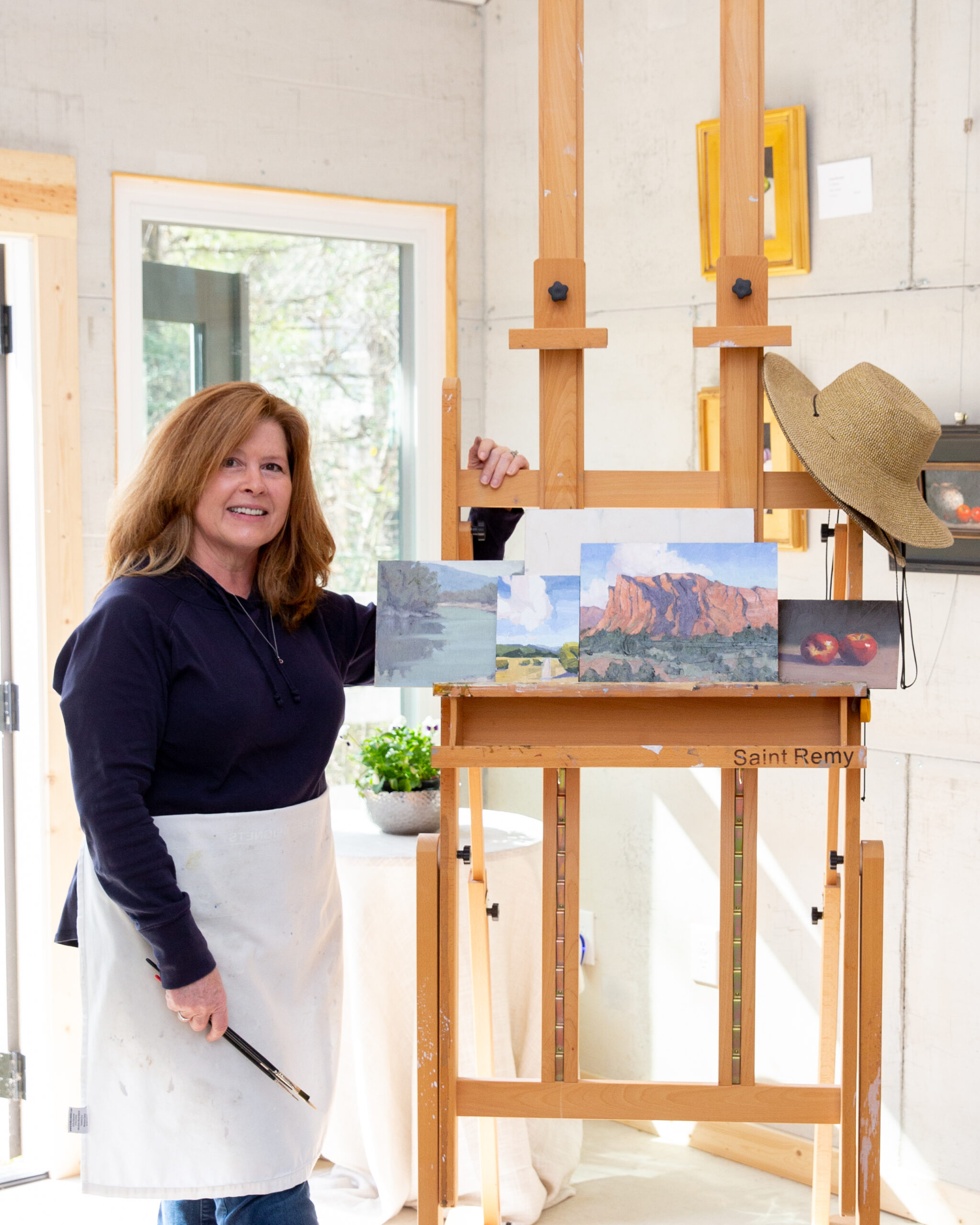 Kathy is a contemporary realist oil painter focusing on both landscapes and still life. When she is not in her studio, you can often find her traveling the globe in search of the perfect vista or chasing light and the changing shadows. Kathy has studied art in Florence, Italy as well as in the states with artist such as Jill Carver, Scott Christensen, Skip Whitcomb, Kathryn Stats and so many others. Painting brings her peace and provides her a place to contemplate the beauty and light in the world and the grace she feels while living it.

Why Become A Resident Artist At The Bella Bottega?